What to do and see in Mallorca? 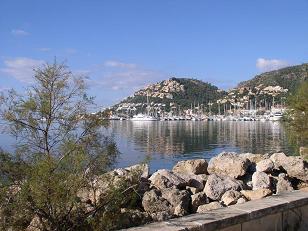 Mallorca (or Majorca) is probably the most interesting island of the Balearic Islands, both historically and culturally. It is also the largest. The official language is Catalan, spoken in the local dialect called Mallorquín, although of course Spanish is also spoken everywhere. Mallorca covers 3640 Km2 and you can visit the whole island by car in just a week. Palma is the capital of Mallorca.

Mallorca is one of Spain's most important tourist destinations attracting visitors from all over the world. It has a lot to offer - great hotels, sports facilities, entertainment, museums, churches, picturesque villages, scenery, beaches..... The marina in Palma bay is spectacular.

Archeological remains from the ' talayótica' culture which existed between 1400 - 1200 B.C. represent some of the Mallorca's most important historical remains.


Palma, with a population of about 350.000, is by far the biggest town in Mallorca. It is located in Palm bay surrounded by the Tramuntana mountain range to the west, the Pla moutains and the Llucmajor marina to the east. The average temperature is 17º with on average 300 days of sunshine a year.

Walks: the most important street in Palma is 'El Passeig des Born', it is a commercial street with bars, shops and restaurants and serves as a meeting place for the locals. A stroll through the old part which is full of old mansions from the 17th - 19th centuries aswell as a number of churches is very pleasant. The 'Plaza Mayor' is another focal point of the city. The Ramblas and 'Avenida Jaime III' are both important commercial streets worth a visit.


Taking a walk from Palma port to 'el Arenal' is also recommended. All in all its 16 kms long going from beach to beach El Portixol, El Molinar, Coll d'En Rabassa and Can Pastilla. Other beaches worth visiting are Illetas and Santa Ponça. They all have crystal clear water and fine sand.

Palau de l'Almudaina: built above an ancient Moorish fort. It was converted into a Royal palace. It now serves as a museum.
Castell de Bellver: Gothic in style, built under the orders of King Jaime II.

La Seu cathedral: Located above the sea wall over Palma bay. Built between the 14th - 19th centuries, gothich style, the chapel was designed by Gaudi.
Sant Francesc Basílica : Gothic style, the altar is Baroque.
Santa Catalina church: Located between the cathedral and the townhall. Gothic in style. The Townhall: Plaza de Cort. 17th century, it still has its original roof.

The Arabic baths: Dating back to the 10th century. Well conserved.

In the old part known as the Casco antiguo you can find pubs and bars with a bohemian atmosphere near the cathedral. In the area around the sea promenade you can find more expensive, elegant bars. In the area known as Can Bárbara the bars are more sophisticated attracting the younger crowd: In the area around the Paseo de Mallorca you get more classic, typical bars open all year which are mostly visited by the locals. Lastly around the beach areas from Arenal to Can Pastilla you get the younger crowd and tourists.


Petra: Fray Junipero Serra was born here, the founder of California in the U.S. You can visit the house where he was born. There is also a 12th century monastery called the Ermita de Nostra Senyora de Bonany