What to do and see in the Ciutadella? 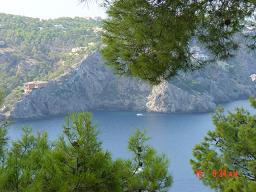 Ciutadella is located 45 kms from Mahón. It has a population of 24,000. It used to be the capital of Menorca and still has a lot of important historical buildings and an interesting cultural heritage.

It is a very pretty town. You can still see remains from the Arabic occupation. The reconquest of Ciutadella took place towards the end of the 13th century under Alfonso III. The city was fortified and under his reign palaces, churches and convents were built within the city walls, many of which are still standing today. You could say that Ciutadella is like two towns in one: it has an old part, much in a Gothic style, within the city walls as well as a new, modern part popular with tourists. 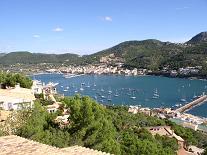 There are some incredible small coves dotted along this part of the Menorcan coast. In fact some of Menorca's best beaches are very nearby: Arenal de Son Saura, Algaiarens, Cala del Pilar, La Vall, Cala Morell, Cala Blanca, Cala Bosch. There is also an intersting network of caves near Ciutadella.

Monuments and interesting places in Ciutadella:

Fiestas in Ciutadella: The San Juan fiestas held in Ciutadella (23rd and 24th June) are famous throughout Spain. They are more than 600 years old and include a procession to 'la Ermita del Santo' (a small chapel). One of the fiesta's main events is a procession carrying a red flag with the blue cross of Malta on it. There are other fiestas on 17th January, Fiestas San Antonio Abad, whose origin lies in the reconquest of the city.