What to do and see in Huelva? 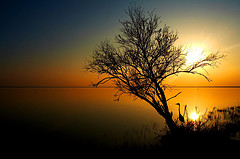 The province of Huelva is in Andalucía, in the extreme southwest of Spain. To the north it has borders with Badajoz, to the east with Sevilla and to the west with Portugal. It covers an area of 10,000 kms and has a population of 150,000 inhabitants. Part of the province is on the Atlantic coast.

The province of Huelva is in Andalucía, in the extreme southwest of Spain. To the north it has borders with Badajoz, to the east with Sevilla and to the west with Portugal. It covers an area of 10,000 kms and has a population of 150,000 inhabitants. Part of the province is on the Atlantic coast.

Huelva is located at the mouth of the rivers Tinto and Odiel which start in the Aracena mountain range. The landscape varies widely depending on where you are in the province. It can be divided into 2 different parts: the northern part at the foot of the Morena mountain range and the coastal area which is a lot warmer and contains some of the most unspoilt and wild beaches in the whole of Spain.

Huelva was founded by the Phoenicians. It was then occupied by the Tartessians who gave it the name of Onos Baal (after the Baal fort) and later on by the Iberians. Its heyday was in the Roman period when its copper reserves were discovered and mining began. The Romans called it Onuba Estuaria because of its location, and the people were known as onubenses. The Romans remained there until the 5th century. Later it was occupied by the Moors who created the Taifas kingdom. They built mosques, forts, walls and were also responsible for building the pretty villages inland full of white houses.

From 1258 to 1262 during the reconquest by Alfonso X el Sabio castles, forts and churches were built all over the province.

Huelva grew in importance in the 15th century with the discovery of America. Christopher Columbus set sail from the Puerto de Palos de la Fronter in Huelva, on his discovery voyage to the new continent.

In 1755 Huelva was completely destroyed by an earthquake and had to be rebuilt.

Fishing has always been central to the economy of Huelva: Tuna, shellfish and other types of fish have provided an important income to this province over the centuries as well as the copper mines. In the 19th century the English bought the River Tinto copper mines and set up the Victoria Neighbourhood, a typically British area.

In 1964 industrial development took off which changed the panorama of the industrial sector completely. Nowadays the most important sectors are tourism and services, although agriculture (strawberries in particular) and the fishing industry are still very important. 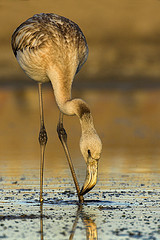 There are 5 parks in Huelva: Avenida de Andalucía, Jardín del Muelle, Zafra, Alonso Sánchez and Moret. The Moret Park covers 70 hectares and is one of the best urban parks in Andalucía. It has an artifical lake, a pleasant picnic area, barbecues, cycle tracks...

Villages and towns in the province of Huelva:

Nature Reserves in the province of Huelva

DOÑANA National Park: This is an ecological reserve that contains the biggest wetlands in Europe. It covers 75,000 hectares of marshes and sand dunes. In the past it used to be a hunting reserve belonging to the Duke of Medina Sidonia. In 1969 it was declared a protected natural area. Lots of migratory birds stop there in winter. Some of the dunes are 30 metres high.

Animals that can be seen there are: wild boars, hispanic lynx (60 pairs), deer and many different types of water birds including eagles.

Only guided tours with limited numbers of people are allowed deep inside the park in order to protect its wildlife.

Palacio de Acebrón: This has an exhibition called 'People and Doñana'.

It consists of 184,000 hectares and covers various villages some of which produce the best jabugo ham in Spain (Jabugo, Cumbres Mayores and Cortesana). It is a chain of small mountains covered in forests made up of lots of different types of trees (pines, horse chestnuts, oaks, poplars, olive trees, vines, fruit trees...), meadows and wild areas. There is very interesting vegetation and lots of birds (eagles, kestrels, vultures, storks...) - it is a popular area for bird watching. There are organised geological and botanic trips to the area. Also good for hiking and mountain bikes.

Aracena village is located here, it has 6,900 inhabitants. It has some interesting monuments: