February is the month of carnaval in Spain. An open air fiesta for anyone who wants to take part.

This year (2007) carnaval begins on 15th February and ends on 25th. Carnaval in Spain takes place on the streets of most Spanish towns. People dress up and go out, and dance all night long. In some places, such as Cadiz and the Canary Islands, colourful processions are organised and participants proudly wear elaborate costumes they have spent all year making. Don't miss the burial of the sardine procession on the Wednesday after Carnaval.

To find out more about carnaval in Spain (in Spanish) see Carnavales. And if you want to find out if a village near you celebrates Carnaval in traditional style, see out Guide to Spanish villages and Travel guides to Spain. 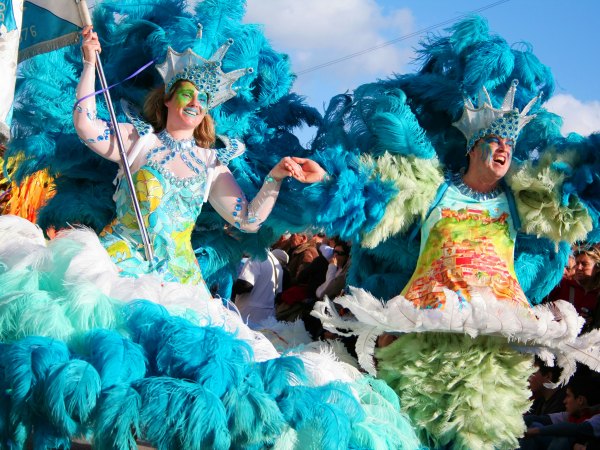