13 Provinces on high alert for storms and high temperatures

The State Meteorological Agency (Aemet) has placed 13 provinces in Spain on high alert for possible storms and high temperatures.

Central and southern Spain suffered storms and heavy rainfall earlier this week, causing floods which in some places were so severe that the high-speed train link between Madrid and Sevilla was suspended for two days.

According to Aemet this weekend Cordoba and Sevilla are especially at risk from temperatures as high as 38 degrees and heavy rainfall. All the provinces on alert are located in the central-southern part of Spain. The forecast for central-northern parts of Spain is cloudy.

Temperatures are expected to be ‘significantly high’ in Catalonia, Orense and Badajoz. People are advised to stay out of the sun during the hottest time of the day (between one and five 0’clock), to drink plenty of water and other cold drinks, to avoid alcohol and to stay in the shade as much as possible.

Traditionally this weekend is one of the busiest on Spanish roads – 15th August is a national holiday and many take advantage of this to start or end their holidays.

Those who do not have to travel are advised to stay off the roads. 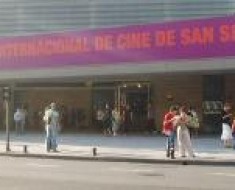