Spanish fiestas will not adopt European fireworks legislation
According to El País this morning, a European directive dating from 2007 on the use of fireworks has caused controversy in Spain and other Mediterranean countries. The directive states that there must be a distance of at least 15 metres between category 3 fireworks and the public. However the Spanish government regards the directive as a direct threat to Spanish cultural heritage.

The European Commission has defended the legislation saying that the intention was not to attack any traditions because the directive allows for countries to opt out.

This is exactly what the Spanish government intends to do. A great many of Spanish fiestas are based around the use of fireworks especially those in Catalonia, the Comunidad Valenciana and Andalucia. The Minister for Industry, Miguel Sebastián, said that defending Spain’s cultural Heritage was a priority for the government and that no fiesta would be under threat from European legislation.

Yesterday the government presented a proposal to congress to defend the ‘basic elements’ of Spanish fiestas, traditions and popular culture which it said ‘enriched a heritage that belongs to everybody’. With this objective the government wants to establish a specific norm for the use of fireworks and other explosive material which takes into account its use for cultural activities.

The EU directive on the use of fireworks was passed on 23rd May 2007 and was intended to regulate the fireworks market. Countries have until 4th January 2010 to make any amendments. However, the directive has sparked controversy because the it increases the minimum age for using the lowest category fireworks, for example firecrackers, to 12 and imposes a distance of at least 15 metres between any fireworks display and the public.

However, this jeopardizes traditional fiestas that use torros de fuego or the famous correfocs in Catalonia where people dress up as devils and demons with fireworks attached to their backs and run around amongst the public.

Those who oppose the legislation believe that the EU does not understand the ways of Mediterranean countries whilst those from the north of Europe where fireworks are always handled by professionals simply do not understand how fireworks can be used in such an irresponsible way.

Joan Font from the theatre company Comediants, de Joan Font who were part of the closing ceremony for the Barcelona Olympics 1992 and who are famous for their theatrical use of fireworks explained that the Mediterranean is tied to using fireworks in its fiestas through its history and legends.

He said that the large fiestas of the Mediterranean always started and ended with fire because it was a symbol of great strength and beauty. For example fiestas such as la Patum from Berga, in the province of Barcelona dates back to 1454 and was given World Heritage status in 2005. Under the new EU directive this fiesta would change enormously.

However, Juan Pedro Barret who is the head of the burns unit at the Vall d’Hebron hospital in Barcelona welcomes the new restrictions. Apparantly Barret is fed up of seeing injuries caused by the misuse of fireworks and seeing hands, fingers and feet amputated. He said that the night of San Juan was always one of the worst nights to have to be on duty in the accident and emergency department. He said the flow of injured people was constant and some of the injuries were horrible. He said that after the mid-nineties when safety measures improved the number of injured people went down significantly and also the number of those seriously injured. This is why Barret believes that any legislation to improve safety with regards to the use of fireworks is both necessary and beneficial to the public.

However, organizers of las Fallas in Valencia disagree. They believe that legislation should focus on the sale of fireworks and not other aspects that threaten traditional fiestas. 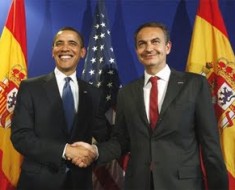