The analysis of the arguments given by the European Commissioner for Competition, Margrethe Vestager, on the “abuse” by Google’s search engine of its dominant position in relation to its “comparison shopping” service, is cause for concern, and great concern, for that matter.   We’re talking about an unprecedented fine of such an amount that it would require solid arguments and a certain mastery of the digital medium.  There is no evidence of either one.

What the Commission’s decision actually shows is that we are faced with a Europe that has a hard time understanding the world of the digital economy and that, instead of focusing on building a solid and ambitious digital strategy that may be worthy of such a name, it is fixated on enabling an opportunistic and sterile “anti-technological-giants” crusade.

For whom does the European Commission wield the sword

First and foremost let me express my respect for any digital project and the legitimate defense of its interests, but if Europe’s digital future (as highlighted by the Commission’s revelations and the amount of the fine) lies in developing “price comparison sites”, the future looks bleak. 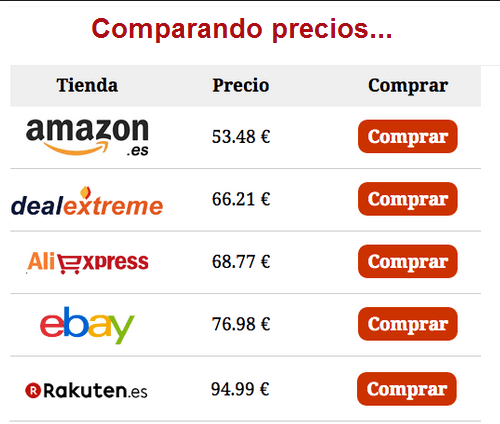 And why are price comparison sites in Europe relevant?

Europe’s digital problems is that, in a fragmented market, instead of developing “unicorns” or start-ups with capacity to grow globally and with services that represent a great value for the user, we’ve generated marginal companies whose only viability is centered around “Google’s positioning”.  Some even engage in vulture-like practices, with dirty fights among themselves.  For example, there are those who practice negative SEO, or encourage parallel practices in social networks to negatively affect the corresponding algorithms.

The European Commission should be concerned about having a fabric of European digital companies that only aim to live off Google’s “crumbs” and whose value proposition for the user is so irrelevant that they don’t seek to consolidate “direct traffic” and exist in their own right.  In the subject at hand, what the Commission should be worrying about is why, at this stage in the development of online commerce, there is still no European Amazon or Alibaba.

Any company that has followed Google in recent years knows that their searches have developed an exponential innovation around personalization, big data and Artificial Intelligence.  Searches and their algorithms are currently very complex, dynamic and are increasingly more individualized. Surviving on positioning, or long tail or SEO is becoming more and more difficult, if not outright impossible. It makes no sense as a medium-term strategy. This immersion in exponential innovation forces us to reinvent ourselves permanently. And this includes “price comparison sites”.

For whom the bells actually toll

Perhaps in the most “Hemingwayan” sense, the bells toll for the European Commission itself, due to its inability to foster a digital ecosystem that may compete with Asia and the United States.

Following the criteria of safeguarding digital competition, large fines would have to be imposed on the Commission itself for issues such as:

Undoubtedly, Google does things wrongly and there are significant differences between the Google of the mid-nineties whose corporate motto was “don’t be evil“ and today’s corporate giant subjected to the pressure of stock markets. But far from identifying them properly, Commissioner Vestager is correct only when she says: “Google has developed many innovative products and services that have changed our lives”. And, well, despite this, we are going to fine them a historic amount, I add.

Europe is outdated if it still sees the “positioning” Google.  I already warned about the decadence of this approach two years ago. See: Three ecosystems (Google, Apple and Facebook).

The European digital industry should see a Google or an Alphabet that is still the technological leader in a multitude of strategic fields: artificial intelligence / machine learning (automatic driving, image recognition, analytics, personalization, etc.) or quantum computing. In recent years it has provided more help to companies for their digital transformation or to the young for their employability (MOOCs such as Unimooc, Google Actívate…) than the European Union itself. In addition to an enormous amount of free services of great value for users around which it has set up its business model.

The problem for our startups is that when it comes to exploiting those valuable Google products like Adsense / Adwords, Android or the api.ia we face an adverse European framework for digital life, with absurd regulations and without an ecosystem. In fact, users are even affected by “bright” legal ideas such as the useless warnings of cookies that flood their mobile phone screens.

To start with, something very simple: I am absolutely certain that the websites that reported the case to the European Commission would not get any significant benefit. If Google were to be forced back to a previous version of its ads, the only thing we would notice is the relevance of the residual factor for the Commission (Amazon, the mobile phone, the ecosystem app, the acquisition of leads, the belligerence of social networks, direct traffic…).

In summary, an arbitrary fine and without a clear legal basis that calls into question the basic digital knowledge of the Commission.

The European digital policy should not be dictated by Competition

Perhaps this has a lot to do with the fact that the most relevant European digital policy should not be dictated from the Competition Commissioner’s headquarters. It has neither the vision nor the understanding of the digital phenomenon.

Hopefully both the Brexit and the arrival of leaders such as Emmanuel Macron in France will set the base to articulate a European digital policy worthy of such a name.

The European Commission should create a Digital Economy Commissioner’s Office that focused on the development of the sector and the appropriate assimilation of the future disruptive innovations. And, while it’s at it, that prevents the accumulation of erroneous decisions that are being dragged on.

Meanwhile, Commissioner Vestager should be aware that Europe is not in a position to further delay the development of the digital economy and she should devote her efforts to many relevant issues that are affecting it. The current path not only leads us nowhere, but also widens an already significant gap with respect to Asia and the United States. 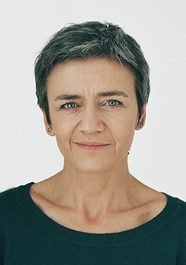