One of Spain’s top chefs is among those being investigated as arrests shock the Spanish food industry.

Four Spanish fishermen were imprisoned yesterday for selling toxic scallops to restaurants and other distributors. Inspections in restaurants in Galicia are continuing but at present just one well known restauranteur, a distributor and six seafood fishermen have been arrested and charged with involvement in selling and buying scallops taken from the river Ferrol something which has been prohibited since 1995 due to the toxic levels in the water. The contaminated scallops have been found to contain the amnesiac toxin ASP, an accumulative substance which the scallops store in their hepatopancreas and which can cause anyone who consumes them loss of memory similar to alzheimer’s and even death.

All those detained on charges of buying or selling these toxic scallops appeared in court yesterday in Ferrol.

Toñi Vicente, a well known restaurant owner who was charged with buying the contaminated seafood has been released on conditional bail and is required to appear in court every 30 days. The distributor was also released on conditional bail and has to appear in court every 15 days. Four of the fishermen were sent to prison in Teixeiro (A Coruña) for crimes against public health. At present there are two more restauranteurs suspected of buying the contaminated seafood. Their restaurants are in the localities of Poio and Sanxenxo.

Toñi Vicente, whose michelin-star restaurant in Santiago de Compostela bears her own name, has an international reputation as one of Spain’s top women chefs.

Her arrest was headline news on all Spanish television channels yesterday and she said that she felt very affected by all the media attention. She put down the whole incident as a misunderstanding. In her restaurant scallops are a key ingredient in four of the dishes on the menu, with prices ranging between 21 and 24 euros.

The contaminated scallops taken from the river Ferrol were sold for around 1.50€ on the black market and were offered fresh when normally during this period Galician scallops are from the river Arousa and only carry health safety certification when they are frozen – they are also labelled.

Ramón Queiro, the legal representative of the company, Xanquei, a well known seafood distributor and the son of the owner Juan Quiero, was also implicated in the situation.

He has also denied all charges. Investigations began in July this year following the detention of a man from Ferrol who was travelling around Santiago in a van with 400 kilos of toxic scallops. This weekend the Civil Guard seized 4000 kilos of scallops which are now being analyzed. 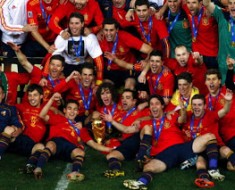