The first large scale exhibition on climate change in the world will give visitors the chance to see, touch, feel and even smell the effects of climate change. The interactive exhibition which forms part of the 2008 Zaragoza Expo opens its doors to the public on 14th June.

According to Jorge Wagensberg, the exhibition’s commissioner, its main purpose is to get people to understand the issue better in order to achieve change. The exhibition deals with global warming and provides the public with detailed information on this subject.

It has been designed and financed by La Caixa Foundation and visitors will be able to touch an enormous block of ice which will be melting as if it were in the artic. The public will also be able to feel the differences in temperature between the South Pole and Spain on an ‘ad hoc’ globe representing the earth.

The history of the climate dating back millions of years will also be included in the exhibition which looks at distinct geological and climatic periods which led to the expansion of living creatures in shells due to the high concentrations of carbon dioxide in the atmosphere.

The disappearance of dinosaurs or the absence of hair on elephants compared to mammoths which had hair in the last glacial period also forms part of this wide ranging exhibition. There is a 4 metre long model of the Ebro delta in 50 years time which clearly shows rising sea levels. Zaragoza, Moscow Scotland and Venice are used to represent the four points on the globe which will be affected by the lack or excess of water, a central theme in the 2008 Zaragoza expo.

The exhibition shows how energy is wasted thoughtlessly by leaving electrical appliances on stand by and even though the energy used is small it is a continuous waste of resources.

Another example included is the amount of lights used to light up the streets after dark.

There is an excellent interactive screen which includes 50 examples of evidence of climate change which is real and is happening around us all the time. There are so many examples in the exhibition that there is no room for scepticism on this subject any longer. 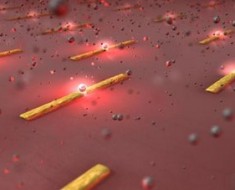