According to reports from Palestinian security forces, Roberto Vila, the Spanish aid worker taken hostage today by an unknown group, has been freed.

Roberto Vila, a 34-year-old aid worker with Spanish charity organisation Cooperation Assembly for Peace, was forced into a car by three or four armed men in Gaza earlier today according to his colleague, Celine Gagne, who was with Vila when the abduction happened.

Gagne said that she and Vila had been visiting a project for handicapped children in Khan Younis when gunmen approached them, told her to stay behind and forced Vila into a car before driving away. This is the second kidnapping of a Spaniard in the region since Associated Press photographer Emilio Morenatti was kidnapped last week in Gaza City and released unharmed about 16 hours later.

According to latest reports confirmed just a few minutes ago Spain’s Foreign Ministry, Roberto Vila has been released unharmed by his captors.

Cooperation Assembly for Peace is a non-religious organisation committed to activities related to solidarity, cooperation and defence of human rights. 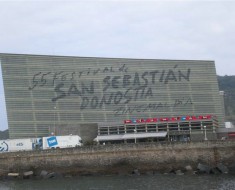