Over the last few years Spain’s town halls have been involved in urban development all over the country. However, the amount of activity and wealth that this development has generated has led to large scale fraud. Now it appears that the Spanish Treasury is preparing to look for irregularities amongst the numerous urban developments that have been carried out recently with an aim to uncovering serious fraud.

According to a Treasury spokesperson since 2006 the government has asked for direct information from 55 municipalities. Now it appears that this figure could rise to 150.

Andalucía is at the top of the Treasury’s list due to the intense activity of the construction sector in this part of Spain over recent years especially along the la Costa del Sol. The Valencian region, the Madrid region and Catalonia are also some of the areas where the Treasury will be investigating in detail.

La Vila Joiosa, a small town near Benidorm, where aggressive urban development has taken place over recent years is the only known name on the list of town halls to be investigated.

According to some sources rulings went in favour of construction companies many of which were closely associated with the Partido Popular (PP). The Treasury has refused to supply any other names on the list.

In order to choose which town halls to investigate the Treasury has identified those most at risk from fraud as a result of the volume of urban development. This criteria rules out the large majority of town halls and places the focus on just a few many of which are located in costal regions. The information which the treasury is most interested in looks at modifications to municipal urban planning, classification of land for urban development and rulings over the use of land.

While the Treasury is keen to point out that some irregularities are always attributable to town hall corruption such as over building on land legally designated for urban development use classic cases of urban fraud usually involve public figures and private companies.

During the boom years for the construction sector almost 40% of the Treasury’s inspectors looked into urban fraud. However, when the property market crashed in 2008 many of the Treasury’s resources were relocated elsewhere despite the fact that all indications suggest that the amount of urban fraud continues to be substantial. 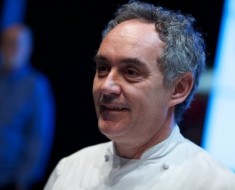