Accouring to a study published last week by the European Head Hunting firm, Cátenon, three out of four Spanish citizens are prepared to earn less in exchange for more free time. And a similar proportion believe that to be successful at work you need to be prepared to give up part of your private life according to a study.

The Director of Marketing for Cátenon, Cristina Villanova, said on Europa Press Television that the study showed a growing tendency for Spaniards to value their free time more and more in order to spend more time with the family or on hobbies and that the long working day was one of the main burdens for professionals in Spain.

She went on to say that there was high work satisfaction but that this did not mean that professionals in Spain would not be prepared to give up part of their salary in exchange for a better work life balance. Villanova highlighted that Spaniards valued the atmosphere at work and their work colleagues very highly and that gaining a higher salary and flexible working hours were the biggest incentive to changing jobs.

The study also discovered that 67% of those questioned would be prepared to live abroad as long as it was for a period of less than 3 years on condition that it was for a well paid post. Villanova said that while Spaniards had in the past been reluctant to move for work reasons that this was now changing.

On the other hand, the study also reveals that 75% of those who took part in the study thought that it was necessary to make certain sacrifices in order to have a good career and that this percentage was equally divided between men and women.
Lastly, Villanova said that those questioned also proposed increasing the number of nurseries for workers with children and improving flexible working hours. 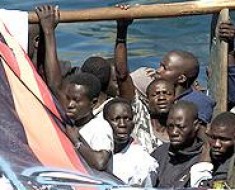