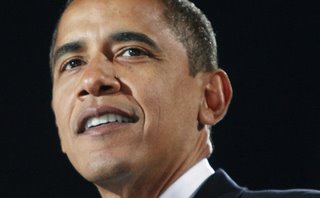 The Spanish media was unanimous this morning in signalling Barack Obama’s victory as a great turning point in America’s history. The main television and radio channels ran special election programmes throughout the night and one of Cadena Ser’s main reporters attending the victory party in Chicago with his adrenalin at a peak, said he had never heard such a “brilliant” acceptance speech in his long career as a political journalist and that felt honoured and moved to feel to be present at such a historic event.

Spanish Government representatives welcomed the new Presidency in the hope that it will signal a change in the relationship between the USA and Spain which has been very cool ever since José Maria Aznar (a close friend of George Bush) lost the Spanish elections in 2004 and Zapatero pulled the Spanish forces out of Iraq. José Luis Rodríguez Zapatero afirmed that Obama¡s victory “opens a new era for dialogue in international relations” and said that Spain stands, and will stand, by him

Here is a selection of headlines from Spain’s leading newspapers this morning:

El Pais: Obama fulfills the dream of change: The democratic candidate becomes the first black president in the history of the United States. We are invited to dream.

El Mundo: Obama changes the colour of history. King’s (Martin Luther) dream is fulfilled, the American dream is too

Cadena Ser: Obama, Everything is Possible

This is Victory for the Real America

La Vanguardia: The United States opens a new era with Obama, the first black President of its history