Spontaneous street parties erupted all over Spain last night as the Spanish football team coasted to victory with a performance few Spaniards had dared to dream possible hours before when everyone seemed to agree that the team had already “proved” itself by beating eternal rivals Italy and reaching the semi finals.

At one point during last night’s match there were 17 million people watching Spain beat Russia. The match, broadcast once again by Channel Cuatro converts this Spanish TV channel as the most viewed in Spain ever. It is estimated that an average of 13 million people watched Spain’s match last night.

At 10.26 p.m. last night it is estimated that there were 17,150,000 people watching the match on channel Cuatro at the moment that Silva scored the final goal. This figure represents 84.1% of the viewing public and beats the previous record which was broken during last Sunday’s match against Italy when more than 16 million viewers were recorded during the final penalty shoot out.

An average of 13 million viewers watched last night’s semi-final match between Spain and Russia which equals 72.7% of all viewing figures which is more than the number recorded for the Spain v Italy match which was watched by an average of 11,501,000 spectators (68%).

Advertising following the match was watched by around 51.5% of the viewing public (9,921,000 spectators). Channel Cuatro, which has exclusive broadcasting rights of the Eurocup games, dedicated no less than 12 hours to the much awaited match against Russia and it led the day’s viewing figures with an average of 26.2% of the total share.

Journalists Àngels Barceló and Nico Abad led the special programme on Spain’s semi-final match from midday onwards from Madrid’s famous Colón square which was filled with thousands of spectators who watched events unfold on a giant screen.

Some famous names in Spain such as Mariano Rajoy the leader of Spain’s main opposition party, Alejandro Sanz the singer and the basketball player Pau Gasol were interviewed before the match began. Following the match channel Cuatro continued its coverage with post-match analysis. 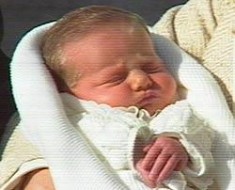