In an attempt to avoid further problems with air traffic controllers over the busy Christmas period the Spanish government is planning to ask parliament to prolong the current state of emergency until 15th January.

The Vice-President of Spain, Pérez Rubalcaba, explained the government’s position saying that the events of 3rd December when all of Spain’s air traffic controllers went on a wild cat strike for 24 hours were so serious that the government was prepared to go to any lengths to avoid the repetition of a similar situation during the Christmas period which is why it has decided to ask parliament to prolong the state of emergency. The government has also taken into consideration the increase in air traffic over Christmas.

Parliament will discuss the proposal for Spain to continue under a state of emergency until 15th January tomorrow. Ramon Jáuregui, will defend the proposal in place of the President, José Luis Rodríguez Zapatero, who will be in Brussels in order to attend a meeting of the European Council.

The government expects to receive the necessary support to get the proposal passed by Friday this week which means that Spain will remain under a state of emergency for 43 days.

The proposals to prolong the state of emergency are exactly the same as those passed on 4th December and mean that air traffic controllers will continue to operate under the authority of the military. 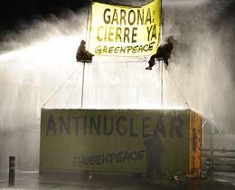