Omar Osama married a British citizen Zaina al Sabah (formerly known as Jane Felix-Browne) in El Cairo in September 2006 and had previously applied for political asylum in the British embassy in El Cairo. However, the British authorities denied this application on the grounds that it would cause considerable ‘public disquiet’. Sources close to the events have indicated that Omar Osama Bin Laden will be dealt with speedily and meanwhile he will remain in the airport in a special area designated for illegal immigrants.

Omar Osama spent 10 years living with his father in exile in Sudan and later in Afghanistan where in 2000 he trained in a camp for terrorists. When the 9-11 attacks took place he was living in Saudi Arabia.

His full name is Omar Bin Osama Bin Muhammad Bin Awad Bin Laden and in public speeches he has been willing to refute western ideas on Arabs and above all that all the children of Osama Bin Laden are terrorists. 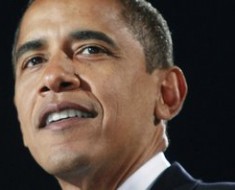