The Sea Inside is one of the most successful films in the history of Spanish cinema and critics hope that the Oscar will help to revive a struggling film industry. Last year was not a good year for Spanish cinema, and falling numbers of spectators reflected the general poor quality of films. Which is probably why The Sea Inside has won so many prizes in Spain itself. It is an excellent film, but to win 14 Goya prizes is a bit excessive, and the fact that it did reflects the lack of competition it faced this year.

Many fans of Mar Adentro will feel that leading actor Javier Bardem was very unlucky not to receive at least a nomination for best actor in this year’s Oscar ceremonies. His performance in this film is considered by many critics, and by the actor himself, to be the best of his career so far, and Amenabar expressed his gratitude to Bardem in his speech last night.

Bardem, who is one of a famous and popular family of Spanish actors and film producers, did not travel to Hollywood to be present at the Oscars last night and so far he has resisted the temptation to follow in the steps of Antonio Banderas and Penelope Cruz and try his luck in the US because, according to a recent interview published on Alejandro Amenabar’s official website, Bardem doubts that in Hollywood he would be offered the roles and scripts he needs in order to grow and learn as an actor. He compares living and working in Hollywood just for the sake it to being an astronaut just for the sake of being an astronaut, without having even the slightest curiosity to learn about the galaxies in space. 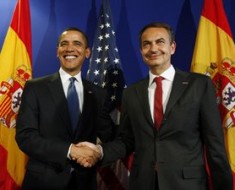