Last night both the Spanish president, José Luis Rodríguez Zapatero, and the president of France, Nicolas Sarkozy, spoke about their cooperative efforts in trying to bring back those detained in Chad as a consequence of the actions of a French charity which tried to take 103 children out of the country.

Immediately following the arrival of Sarkozy’s private plane from Chad at the aerial base in Torrejón, Spain, both leaders spoke to the press about their collaboration. Sarkovy was carrying 4 of the Spanish air crew and 3 French journalists who had been released yesterday.

Zapatero and Sarkozy both thanked the president of Chad, Idriss Deby, for his understanding, help and positive attitude and spoke about the need to continue in their efforts in order to obtain the release of the rest of those in custody in Chad.

The Spanish president also thanked Sarkozy for his work towards getting the first of the Spanish air crew released and for bringing them home to Spain.

Sarkozy spoke about the way both Spain and France had cooperated since the beginning of the crisis saying both had worked ‘hand in hand and had achieved a satisfactory result’. He also said that it wasn’t his place to judge those being detained and that it was important to respect the sovereignty of Chad and the independence of its judicial system. However he said that he didn’t have any further comments to make at this stage because he didn’t want to jeopardize future efforts to free the rest of the French and Spanish nationals still in custody in Chad.

As soon as the French President had finished speaking to the press he boarded his plane, which was also carrying the 3 French journalists, and continued on his journey to France. 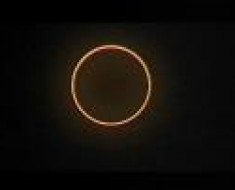