It has been announced that Sir Ian McKellen (Burnley, England,1939), one of the most important British film, television and theatre actors of his generation will receive the Donostia award at this year’s San Sebastian film festival (18th – 26th September).

McKellen will receive the prize at a ceremony on Wednesday 23rd at 22.00 prior to the screening of Yo Tambien. A spokesperson on behalf of the festival said that he was chosen to receive this year’s Donostia award due to his ‘enormous versatility which has led him to play diverse roles in classics by Shakespeare to the most commercial contemporary superheros’.

McKellen’s prestige as an actor is based on his work in roles such as the extraordinary Richard III (1995) which he made for Richard Loncraine; the role of film director James Whale in Gods and Monsters (1998), Bill Condon, for which he was awarded the Silver shell award for Best Actor at the San Sebastian Film Festival and a Nazi in Apt Pupil (1999), by Bryan Singer.

He was also awarded the Special Jury’s Prize at the San Sebastian Film Festival in 1985 for his role in the film Zina by Kenneth McMullen.

More recently McKellen gained further popularity among younger cinema goers with roles as Magneto in X-Men (2000)and Gandalf in The Lord of the Rings. His attendance at the San Sebastian Film Festival will be one of the high points in this year’s programme. 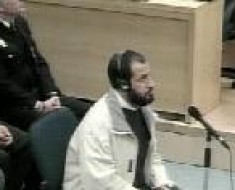