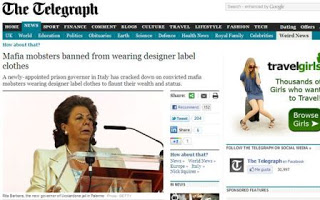 The Daily Telegraph has published a story about a female director of a Sicilian prison in the city of Palermo who has banned members of the mafia from wearing designer label clothes and luxury items while they are behind bars. Her name is Rita Barbera (no accent).
The Spanish press have picked up on the story because unfortunately the Telegraph have accompanied the article with a photo of another Rita Barberá (accent on a) who is actually the very charismatic PP Mayoress of Valencia.

Rita Barberá (who has been voted with a unanimous majority in no less than 5 municipal elections and is the Popular Party’s longest serving mayor) has not commented on the mistake. 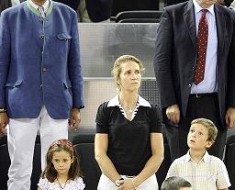