The level of the Mediterranean sea on the Spanish coast rose on average from 4 to 16 centimetres between 1990 and 2005. Furthermore experts on climate change have predicted that sea levels on the Spanish Mediterranean could rise anywhere between 25 centimetres up to half a metre over the next 50 years if current forecasts on the rise in temperature are accurate.

According to Manuel Vargas the head of research at the Spanish Institute for Oceanography the rising sea levels in the Mediterranean fulfil current predictions for worst case scenarios. The Spanish Institute for Oceanography has been analyzing the evolution of sea levels, temperatures and salinity for the first time using information from scientific observations dating back to 1948.

Vargas also said that predictions on rising sea levels were conditioned by ‘what we do’ in the struggle against climate change. According to the Ministry for Science and Education if current predictions over rising sea levels are fulfilled the consequences for lower coastal areas on the Mediterranean would be very serious and if sea levels were to rise by half a metre which is the maximum predicted then this would have catastrophic results.


Data also exists to demonstrate a rise in the salinity of the Mediterranean due to the drop in rainfall and the amount of water flowing into the sea from rivers.
Vargas warned that climate change wasn’t the only human threat to the Mediterranean. 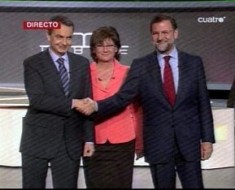