Atletico Madrid defeated, and well, Real Madrid in the final of the Supercopa of Spain (round: 1-1 round: 1-0). El colchonero needed this win for many reasons: desire to defeat rivals, love and own pride to boast a new title in the windows of the Vicente Calderon … and to make up the story. And is that the last matches between the two teams did not throw to set the Manzanares favorable statistics.

In fact, Real Madrid, from the historical point of view, you can rest easy. From the 1999-2000 season, both teams have met only in playoff games, or end, nine times. In these clashes, Atletico have beaten their rivals twice: The final of the Copa del Rey on 17 May 2013 and the recent final of the Supercopa of Spain. Final Balance: July 2.

According to the results, it seems clear that the team was not Manzanares good with clinchers, those in which illusions still fly or plummet. Although these data seem to be changing with Simeone in front of the troops … And what about the league?

League statistics
According to statistics, for Atletico Madrid, the difficulty of defeating his rival also extends vehemently in domestic competition.

Taking again the basis of the 1999-2000 season, both teams have met Madrid 27 times, with a clearly favorable balance interests Madridistas: 18 wins, 7 draws and 2 losses for whites.

Therefore, for 14 years Atletico Madrid has only been able to beat Real twice. This Saturday September 14th (20.00, C + 1) the first derby of the season will be played in the league. Again, Atletico seek a victory to start making up historical statistics elucidating the past three decades.

The arrival of Simeone (23 December 2011)
The bottom line is devastating. During the time interval mentioned above, and taking into account all competitions in 34 games, Atletico has won 4 games.

In that sense, the arrival of Argentine and entrusted to ‘cholista “religion has not had a significant change in trend.

Devotees still waiting for their blessed reward. One thing of particular relevance is the following: With Simeone, the two titans Madrid have played 12 games, of which 7 are victories for Real Madrid, 3 for Atletico Madrid and the rest is distributed in draws (2).

Although since the arrival of Atletico Cholo has changed the prevailing mentality at the club and the fans and the nickname blessed be the eternal pupae before his eyes and those of their enemies, the white spot is still eroding morale battered . Neither the Argentine could change that dynamic, at least decisively. 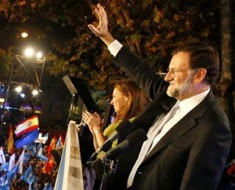