Radioactivity found to be 25 times above permitted levels in Huelva

According to news reports today, the environmental pressure group Greenpeace will ask the European Parliament to force Spain to officially recognise that two rubbish dumps in Huelva (Fertiberia and Foret) are radioactive areas.

Members of Greenpeace and David Hammerstein, a member of the European Parliament have carried out tests on both sites which demonstrated that levels of radioactivity are more than 25 times above the maximum permitted levels by law.

Julio Barea, a spokesperson for Greenpeace, confirmed that radioactivity levels in Huelva are not comparable to anywhere else in Spain or the rest of Europe. According to Greenpeace prolonged exposure to radiation provokes cancer – Huelva has the highest number of cases of cancer in Spain.

This is bad news for Huelva, as tourism plays a key role in the province’s economy and if the local authorities do not act swiftly to correct the situation, the radioactivity could prove to be very detrimental not only to the health of local people, but also to the health of the local economy.

Furthermore the Doñana natural reserve is located in Huelva, and is one of the richest natural reserves in the whole of Europe. It is not clear whether or not the radioactivity extends to Doñana. 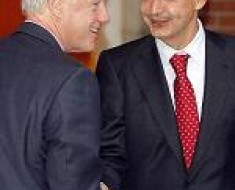