PSOE has proposed that MPs work full time in parliament without taking on extra responsibilities not connected to their political duties. In addition it wants to get rid of the complementary amount paid into their pensions which is currently paid by Congress and modify MPs rights to receive benefits until they find work after leaving their seats in parliament.

According to José Antonio Alonso, the spokesperson for PSOE in parliament, these suggestions are fair and aim to increase transparency in active politics and make Spanish citizens more confident in politics because ‘at the end of the day they are responsible for choosing their elected representatives’.

Two weeks ago José Bono, the president of the Spanish parliament, asked for the opinion of the various political groups represented in parliament on possible reforms to MPs pension rights.

Some parliamentary groups have already come out in favour of the proposals. The spokesperson for the PNV, Josu Erkoreka, said yesterday that ‘it was a good thing for MPs to work exclusively for parliament’. 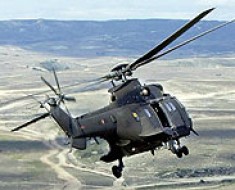