The Spanish President has an audience with the Pope today in Rome, and is expected to have to listen to some criticism regarding recent policies outlined by Spain’s new government from one of the most conservative Popes in recent Catholic history.

The relationship between the PSOE Socialist party and the Spanish Catholic Church has often had its tense moments since democracy was reestablished in Spain after Franco’s death. Many Socialists just could not forgive the Catholic Church for its excellent relationship with Franco, and for the Church’s privileged position and role during the Spanish dictatorship. And the Spanish Catholic Church has often been critical of past Socialist government initiatives, for example legalisation of abortion and the decision to provide an alternative subject to religious education (which, along with maths and language, was a compulsory subject at all primary and secondary schools throughout Franco’s dictatorship).

The Vatican has already expressed its disagreement with some of the new policies announced by the new Socialist government, including the legalisation of homosexual marriages and the decision to fully legalise abortion (in Spain in theory the right of women to abort is restricted by three main conditions – danger to the mother or baby’s health if the pregnancy is to go ahead or pregnancy caused as a result of abuse – although most private clinics carry them out anyway). On Friday in the ceremony held to welcome the new Spanish Ambassador to the Vatican, the Pope condemned abortion and homosexual marriage and asked the new Spanish government to guarantee the right to life, to protect the family and marriage between men and women, and to defend religious education in state schools.

Jose Luis Rodriguez Zapatero has told Spanish reporters that it is logical that he and the Pope will agree on some issues (e.g. Iraq) and disagree on others, but that his main message to the Pope will be his government’s desire to have a good relationship with the Catholic Church, in spite of having different opinions about the above issues.

Finally, Spanish headlines today are dominated by Spain’s quick exit from the Eurocup. Nobody expected Spain to lose, and players, management and half of Spain are all devastated having lost to a side they beat 3-0 just a few months ago. The general opinion here seems to be that they played a defensive match, and played it badly. When Spanish foreign minister Miguel Angel Moratinos was asked about the result at the end of an interview with Cadena Ser this morning, he said was very disappointed and put the loss down to the Spanish players “conservative” approach to the game.

“That’s what happens when you are conservative…you stay back and hope things will stay as they are. That’s why I’m a socialist – I prefer to be more active in life and seek change”!! 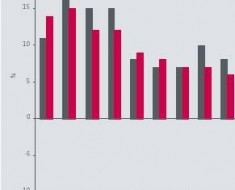