Despite the current economic uncertainty a recent opinion poll carried out by Metroscopia for El Pais has placed support for PSOE almost 8 points above that for the PP main opposition party. The survey consisted of 800 interviews which were carried out between the 22nd and 27th January in the middle of the scandal surrounding accusations of a spy plot in the heart of the Popular Party regional government in Madrid.

Last year opinion polls carried out in March before the general election placed PSOE just 3 points ahead of the PP.

The survey asked four questions – three were about the economic crisis and one was about voting intentions. The authors of the poll have explained the somewhat surprising results as circumstantial.

73% of those questioned believing that the crisis would end up being very difficult (in the case of PP supporters this figure rose to 85%). Only one out of every four people questioned was optimistic saying that in the end the crisis would not be something to worry about. The authors of the poll believe that many people think worse is yet to come in terms of the economic situation and highlight the pessimism expressed by those aged between 35 and 54 years old – something which they put down to the direct impact that unemployment would have on this age group.

According to the opinion poll most people questioned believed that the arrival of Barack Obama to the US presidency would help bring an end to the crisis sooner – 52% (above all supporters of PSOE) expressed this point of view compared to 42% (mostly supporters of the PP) who did not believe this.

The conclusions that those compiling the opinion poll drew from these results was that most people agreed with Zapatero in placing the origins of the crisis in the US.

Metroscopia has pointed to the latest internal conflicts within the PP which have prevented it from capitalizing on the current economic situation in order to increase its support and also the fact that many people believe the cause of the crisis lies elsewhere.

The survey was carried out at the same time that the scandal surrounding the PP and an alleged spy plot within Madrid’s government came to light, in which certain PP party members are believed to have been spied on by ex members of the police force and ex civil guards.

The leader of Madrid’s regional government, Esperanza Aguirre, denies all knowledge of the alleged plot. 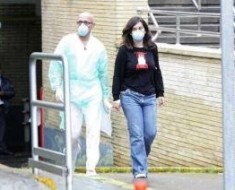