The town hall of San Fulgencio now has a new mayor, an Englishman called Mark Lewis, previously councillor for the Agrupación Independiente del Mediterráneo party (AIM) following the arrest of the mayoress and 4 other councillors who were on the governing body of the council. Lewis, who does not speak any Spanish, is the only coalition member not to have been arrested during the operation and so by default becomes mayor. There is just one problem – according to press reports today, Mr Lewis is unable to speak Spanish.

Those arrested in the latest corruption case to affect the southern and inland area of the Costa Blanca yesterday were the mayoress, Trinidad Martínez, and her deputies – Manuel Barrera, Mariano Martí and Juan Antonio Gamuz.

Following these arrests the town hall council is now left with a ruling minority. The opposition consists of three PP councillors and two from the Progress and Order party (PYO).

This means that the town council is unable to make any decisions and the only solution available would be to dissolve the council, as happened in Marbella where a new transitory council had to be created.

According to declarations made to the press, María Asunción Prieto a member of the council for the PP no information on what happens next has been provided and nobody really knows who is in charge. Everything will depend on the decision of the courts and the situation of those arrested who are expected to appear in court today before the judge, Felipe Briones. 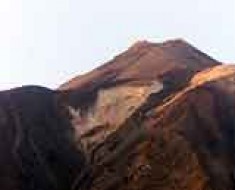