The Spanish company Hispasec Sistemas has detected an “epidemic” of a virus called Commwarrior, a worm which affects mobile phones and is transmitted from phone to phone in public places. So far the virus has been detected in Madrid Barajas Airport, a clinic in Malaga, academies, bars and restaurants all over Spain.

The worm uses Bluetooth short-reach wireless technology to jump from one mobile phone to another, affecting phones that have Symbian Series 60 operating system (various Nokia, Panasonic, Sendo and Siemens models).

The virus Commwarrior appeared in 2005 and is transmitted via Bluetooth aswell as multimedia messages which send images, sound and video. When a telephone gets infected, it automatically sends messages to all the number in its directory. The virus affects the phone when the message is opened. Otherwise, it does not get infected.

Mobile users in Spain who receive a message with a .sis file are advised to erase it straight away without opening it.

It is possible to erase the worm manually, although to avoid having to do so, mobile users in Spain are advised to install an anti-virus which can be downloaded onto a computer with infrared or Bluetooth connection and then be installed into the phone. 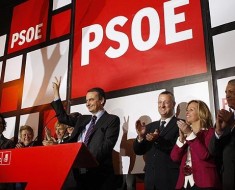