According to reports in El País and Cadena Ser this morning, the Spanish Accounts Tribune, the judicial body which is supposed to control public spending in Spain, has accused the Popular Party of illegal expenditure of public funds in a draft report due to be sent to the ministries concerned this week.

The report drawn up by members of the Tribune concludes that the PP Works Minister spent more than 60 million Euros of public money on illegal advertising campaigns during the second half of the last government. The former Works Minister is the current PP Spokesman, Eduardo Zaplana.

According to the Tribunal’s report, not only were most of the advertising contracts signed by the Works Ministry and private-sector companies illegal, but they were usually given directly to publicity agencies hired at the same time by the PP to work directly for the Popular Party itself(as opposed to the Government) in several regional election campaigns.

One of the things specifically cited in the Tribunal’s report and quoted in El País and Cadena Ser reports is an advertising campaign carried out at the beginning of 2003 to inform people about the rise in pensions.

In the opinion of the members of the Tribunal, this campaign was unecessary given that all Spanish pensioners had already been individually informed of the reforms in a letter, a copy of which was posted to every single one of them.

The Tribunal criticises the impartiality of the contents of this campaign (worth 6 million euros) ordered by the Ministry as well as the way in which the contract tender was handled. In Spain whenever a public institution is going to hire the services of a private company, it is required by law to organize a tender process in which companies are invited to present their proposals. In the case of the 6 million euro pensions campaign, the call for tender was made public late on a Friday (few Spanish companies work on Friday afternoons) and one of the conditions was that all proposals had to be handed in by the following Monday at 9.

30 a.m. The 6 million euro contract was subsequently given to a company chaired by a former PP party and government spokesman.

It would be amazing if the Spanish government started to tackle public spending and other grey areas of public service (incidently they might have to hurry. Zaplana said at a PP meeting in Alicante this weekend that he expected elections to be called in 2006, two years before they are due). The whole Spanish public sector is riddled with ways of getting round formal rules, and Spain remains in many ways a post dictatorial society in which who you know often counts for more than what you know. They even have a word for it. In Spanish the word enchufe (“plug”) is used to describe whether or not you have got in somewhere, passed an exam or been given a job thanks to being literally “plugged in” by an influential person. If David Blunkett had been a Spanish minister, he would certainly not have been expected to resign for having tried to accelerate the visa application of his lover’s nanny. Infact according to Spanish standards of public service, it would have been very unusual for him to have refused to intervene in the first place.

Meanwhile, according to an item of news published on some news sites this morning, apparantly Prince Charles has just paid no less than 15 million euros (of public money?) to a pension fund for his partner Camilla Parkes. Now that, to Spain’s credits, certainly would raise a few disapproving eyebrows amongst Spaniards. 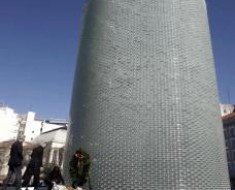