The clause announced yesterday immediately led to widespread protest, and some townhalls held emergency sessions last night in order to push credit schemes through before the midnight deadline. This morning, faced with widespread criticism, the Government said that yesterday’s announcement had been a “mistake” and local governments WILL be able to apply for further credit until the end of this year.

The government initiative which was published in the Boletin Oficial de Estado, a daily publication where all new legislation and official comuniques are published, in effect was a way of putting drastic limits on the budget of local governments throughout the country, many of which are already severely in debt.

The decree consisted of 21 lines which set out what local governments could and could not do with effect from today. According to the terms of the decree, they would have to balance their books with the money saved from cutting the salaries of civil servants and highly paid officials, and find money to finance investment projects.

Nearly all of Spain’s townhalls have budget deficits or significant long term loans to pay off. Moreoever, the money saved from reducing the salaries of civil servants would not generate enough money for townhalls to maintain their current levels of investment.

The second measure stated that as from today, no townhall would have access to public or private loans over the long term for the purpose of financing investment projects. The only exceptions would be short term loans that could be paid off in the same tax year.

However the amendment published this morning gives local government a breathing space and lets local governments increase their debt by up to 110% revenue, as long as the loans are approved by the Finance Ministry. 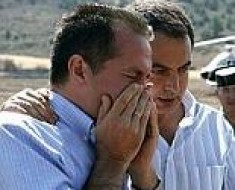