La Rioja has been awarded a prize by a US publication called ‘Wine Enthusiast’ for being the best wine producing region of the year. The prize is significant as it gives recognition to the popularity of Riojan wines in the US.

Víctor Pascual Artacho, the president of the Riojan Regulatory Board received the prize during at an awards ceremony and dinner held in New York’s public library attended by over 500 representatives from the wine producing industry both from the US and Europe.

In his thank you speech Pascual said that “this prize was international recognition of Riojan wines and gave him great satisfaction following years of hard work “.

The ceremony was attended the directors of Agriculture for La Rioja – Iñigo Nagore from the Basque Country, Gonzalo Sáenz from Samaniego and Begoña Sanzberro from Navarra all of whom were there as representatives of the Spanish exports industry

Rioja is Spain’s principal wine producing region and consists of parts of La Rioja, Navarra and the Basque Country all of whom share the official ‘Denominación de Origen’ classification of ‘Rioja’ for the wines produced there.

During the ceremony the prestigious US publication also awarded the Mexican company ‘Casa Herradura’ the prize for ‘distillery of the year’ for being one of the oldest and most respected producers of tequila in México. 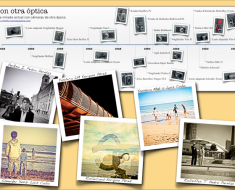