Headlines in Spain are dominated by two main themes this morning – reaction to last night’s UN Resolution on Iraq, and the capture in Milan of the man said to be behind the March terrorist attacks in Madrid.

Juan del Olmo, the judge leading the investigations into the train bombings in Spain, issued an international warrant for the arrest of Osman Ahmed on Monday, and Italian police arrested him that evening. Ahmed has been a suspect ever since neighbours of the rural house used by the terrorists to make the bombs identified his photo as one of the occupiers of the cottage. According to El Mundo, in taped telephone conversations, the Egyptian is heard saying: “The men who have died as martyrs in Madrid were my beloved brothers. That was my project – a project which took alot of patience and research. It took me two and a half years to plan it”. Spain will seek Ahmed’s extradition straight away.

The other main headline here this morning, and probably everywhere else too, is the decision by the UN Security Council to unanimously pass a resolution endorsing a “sovereign interim government” in Iraq and a continued US military presence in the country with a fixed withdrawal date.

The main focus of the Spanish reporting of the US Resolution centres around whether or not the new Spanish Government’s decision to immediately withdraw from Spain, rather than waiting for a UN Resolution was premature, given the fact that the Resolution has been passed before the original 30th June deadline set by Zapatero. Immediate withdrawal of Spanish troops from Iraq was met with the approval of the majority of Spaniards, and heavily criticised by Aznar and the Popular Party.

The opinion of political commentators in Spain is even more divided than usual this morning, depending on what radio station you listen to or what paper you read. On the one hand, some commentators allege that since last night’s Resolution comes short of Zapatero’s requirements for the continuation of Spanish troops in Iraq (i.e. UN leadership of the occupation forces and transition process), troops would have come home anyway, and that far from resulting premature, the Spanish government iniative may well be one of the factors which have persuaded Bush and Blair to seek UN support and consensus (this claim was made to reporters by Spanish Foreign Minister, Moratinos, yesterday).

Meanwhile, commentators critical of the immediate withdrawal of Spanish troops, allege this morning that yesterday’s UN Security Council vote has left Spain in diplomatic limbo, with no direct ally to turn to and no natural place in the new atmosphere of international consensus.

It will be interesting to see what Spanish public opinion thinks in surveys published during the next few days. 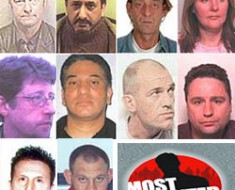