Yesterday representatives from the Spanish and British governments and Peter Caruana, the Chief Minister of Gibraltar, had the first round of a series of talks planned to discuss the future of Gibraltar. This round of talks is a result of the recent meeting between Spanish foreign minister, Moratinos, and British foreign minister, Straw, when it was decided that from now on any negotiations held between the two countries about the future of the Rock would include representatives from Gibraltar. Apparantly nothing was agreed in the talks, but the Spanish government, and a large section of the media, seem to find the mere fact that they were held very encouraging.

Meanwhile Moratinos has had a 10-minute meeting in Brussels with Colin Powell before the NATO meeting which began at 9.00 this morning. Moratinos wanted to inform Powell of the results of his recent trip to the Middle East and also to discuss the situation in Iraq, Afghanistan and the Balkans. 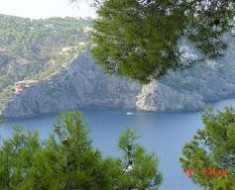