Yesterday Gabriel Garcia Marquez’s new novel, Memorias de Mis Putas Tristes, was released in bookshops all over the world. The publishers bought forward the release of the book, originally set for 26th October, because pirated versions were being sold in Colombia and on the Internet. Apparantly, despite tight security, a copy of the book was stolen from a delivery lorry in Colombia, and sixteen hours later, illegal copies of the book were being sold.

Memorias de mis putas tristes (literally “Memories of my sad whores”) is Garcia Marquez’s first novel in ten years, and is being acclaimed by book critics in the Spanish media this week. Critics say that it shows all the usual flair, daring, prose and imagination of the popular Colombian author

The book is just 109 pages long, and tells the story of a ninety-year old man who “for ninety years of boring existence was incapable of falling in love”. At ninety, and to his surprise, the old man falls in love for the first time, and the book relates this experience which transforms his whole attitude to life.

The opening phrase of the book sets the scene in typical Garcia Marquez fashion:

No English translation of Gabriel Garcia Marquez’s new book is available yet, but Spanish-speakers can read an extract of the book here. 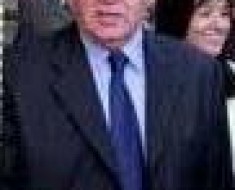