Jack Straw visited Spain yesterday and attended a meeting with the Spanish Foreign Minister, Miguel Angel Moratinos, to discuss, among other issues, Gibraltar. The ministers agreed to open a new programme of talks about the future of Gibraltar which would have an open agenda. For the first time in the long history of bilateral talks about the sovereignty of the Rock, the Gibraltan governing party will be invited to participate in talks, and local opinion of Gibraltans will be taken into account. Meanwhile, the Spanish Government will “suspend” all sovereignty claims and concentrate on building confidence with Gibraltans.

This is the first time the Spanish and British governments have discussed Gibraltar since they fell out about the way celebrations of Gibraltar’s 300 anniversary of British rule were handled this Summer. The Spanish government criticised the visits to Gibraltar of Hoon in August and Princess Anne, in June.

According to the Spanish media this morning, Jack Straw told reporters that he had discussed the outcome of the meeting with the Chief Minister of Gibraltar, Peter Caruana, who had said he was “totally satisfied” with the agreement.

The Gibraltan press this morning are also pleased with the outcome of the talks:

Other issues agreed on during the meeting included use of Spanish airports for planes carrying passengers travelling to Gibraltar, use of Spanish ports for cruisers which stop off at Gibraltar, and further discussion of the problem of payment of pensions to Spanish pensioners who live in Gibraltar. 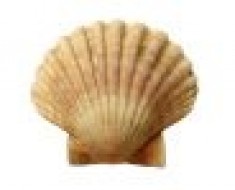