In addition to the global economic crisis the fall in the value of the pound compared to the euro has become another negative factor for the tourist sector in the Costa Blanca. The spending power of British tourists has suffered a heavy blow given that it has been reduced by 22% due to the fall in the value of the pound compared to a year ago. In March 2008 the exchange rate between the pound and the euro was 0.77 pounds for every euro but yesterday it stood at 0.93 pounds for every euro. This situation coupled with the economic recession in the UK has caused reservations for holidays in Spain to fall by 20% this summer according to figures published by the Spanish Office for Tourism based in London.

So far this year hoteliers along the Costa Blanca have lost 10% of the UK tourist market and sources from the sector calculate that by the end of 2009 this figure could be as much as 25% which would represent the loss of around 500,000 British tourists out of the 2.

2 million who visited the province last year. At present two low cost airlines – Ryanair and EasyJet – account for 30% of the air traffic to Alicante airport. Last year these two companies carried 2.9 million passengers to El Altet airport in Alicante. If forecasts turn out to be right El Altet airport could suffer serious consequences especially as it is currently going through a process of expansion.

However, despite losing British tourists to other destinations such as Egypt or Turkey hoteliers along the Costa Blanca are determined to beat the crisis by looking for alternative markets such as the national market for tourism or trying to attract those tourists who prefer to travel independently of major tour operators.

According to the Spanish Office for Tourism in London the destinations which are most threatened are Menorca, the Canary Islands and Benidorm.

Javier García, the vice-president of Benidorm hotel association Hosbec claimed that the negative figures were partly due to the fact that tour operators have been progressively losing their share of the market to ‘on-line’ tourism.

The director of the Provincial Association of Tourism for the Costa Blanca yesterday confirmed the creation of an Advisory Tourism Board for the province which will consist of 40 members and is to be presided over by the president of the provincial government. The board will represent the opinion of 21 municipalities, each one representing a different touristic product, and 16 associations from the tourism sector as well as 5 important officials. The board will meet twice a year and have a permanent commission. 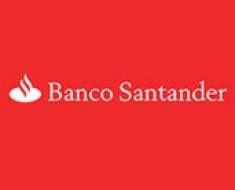