Convergencia i Union, the moderate Catalan separatist party won yesterday’s election in Catalonia, although the victory was not big enough for the party to form government. The result represents an important reverse for the Catalonian Socialist Party (PSC) which has governed for the past three years together with two minor left-wing separatist parties, ERC and ICV-EUiA in the coalition government known as the tripartito which has secured increased autonomy and a new constitution for Catalonia.

This was the third time the Catalans have been called to vote in the past three years, and the low turn-out reflected the feelings of a weary electorate. The last regional elections were just three years ago, and earlier this year voters were asked to vote in a referendum on the proposed reforms in the Catalan statute. Yesterday les than 57 percent of the electorate participated in the elections, the second lowest turn-out in the history of Catalonian regional elections.

CiU increased its number of seats in the regional parliament by 2, from 46 to 48, while the PSC lost 5 seats. ERC and the Popular Party also lost one seat each, while the other minor separatist party ICV-EUiA gained 3 seats and a new anti-separatism political party called Ciutadans de Catalunya (Citizens of Catalonia) formed just before the elections won a surprising 3 seats. 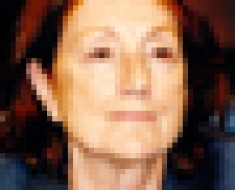