It is difficult to predict the outcome of todays elections. Never before in the history of Spains young democracy has an overall majority government lost the elections. But these elections are being held in unique circumstances, with Spain still mourning the victims of Thursdays bombing, and the present government coming increasingly under attack for the way in which it has addressed the crisis.

You could never say that the Popular Party has been a transparent party in the face of disaster. During events like the Prestige (the oil spill along the northern coast of Spain last year) government spokesmen and ministers were accused of misleading the population about the extent of the crisis and never acknowledged – and much less apologised for – shocking mismanagement of the first few days of the crisis. They refused to put the participation of spanish troops in the war against Iraq to a parliamentary vote and Aznar is the only ally leader who has refused point blank to discuss the fact that no weapons of mass destruction have been discovered in Iraq.

And only two weeks ago, articles appeared in el Pais and Cadena Ser accusing the government of covering up information related to the death of 60 Spanish soldiers last year, when their plane bringing them home from Afghanistan crashed in Turkey.

The Spanish government has been reluctant to confirm evidence suggesting that ETA was not behind the terrorist attack in Madrid last week. So much so that the official line all day yesterday, until early evening, was that they still suspected the Basque terrorist group. The government has used the fight against ETA as the basis of its election campaign, accusing the opposition of taking a weak stance on Basque terrorism and criticising alliances between Socialists and Regionalist parties which have produced governments such as the one in Catalonia.

If the bombs last week had been planted by ETA, the reflex reaction of thousands of Spaniards would probably have been to vote PP today.

Feeling here today is that the spontaneous protests outside PP headquarters all over Spain yesterday forced the government to give new information about the arrest of 3 Moroccan and 2 Indian men in relation to the bombing yesterday evening. And in the early hours of this morning, the Interior Minister Angel Acebes said police had recovered a videotape. ‘It’s a claim made by a man in Arabic with a Moroccan accent. He makes the declaration in the name of someone who says he is the military spokesman of al- Qaeda in Europe.’ 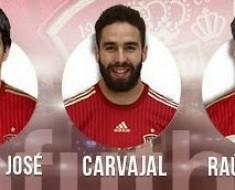