Last week figures on the economy published by the Spanish National Institute for Statistics (INE) lived up to the government’s expectations. The figures on economic growth in 2007 showed a notable increase in GDP at 3.8%. For the third consecutive year the Spanish economy grew more than the economies of members of the G7. Furthermore, it grew more than the average for EU countries (2.9%) and more than any other country in the euro zone (2.7%).

In fact the INE only noticed a slight slowdown in the last quarter of 2007 with a growth of 3.5% compared to 3.8% for the rest of the year.

The IMF and OCDE predict a notable slowdown in the Spanish economy this year with an estimated growth of between 2.5% and 2.7%, although government estimates are slightly higher at 3.1%. If the most pessimistic predictions are fulfilled then 2007 will be the culmination of an excellent decade of growth for the Spanish economy, at least in terms of the growth in GDP which over the last ten years has always grown above 3% (except in 2002).

During the last few years the Spanish economy has grown at a higher rate than those in the G7, something which has given further justification to Spanish governments’ requests to be given a place in the group. However, while the Spanish GDP has now overtaken that of Canada which is a member of the G7 although it is still far behind that of emerging world economies such as China, India or Russia, none of which are members of this exclusive club.

The opposition PP party, who are accusing the Government of mismanaging the economy in the election campaign, seemed irritated by the report and warned the Statistics Institute to exert caution when publishing figures in an electoral period. 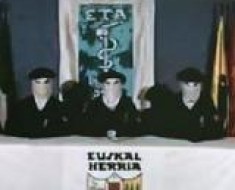