The Spanish government is furious over what it calls the enormous damage to the Spanish agricultural sector caused by the recent controversy surrounding the safety of eating Spanish cucumbers following reports from Germany which link food poisoning to cucumbers from Spain. Speaking at an emergency press conference the Spanish Secretary for the Environment and Water, Josep Puxeu, denounced the restrictions that some countries such as Austria are putting on Spanish agricultural imports as a result of the rumours about the safety of Spanish produce coming from Germany.

In firm defence of Spanish agriculture Puxeu said that the controversy surrounding the safety of fruit and vegetables from Spain ‘was ‘totally irresponsible and atrocious’. He said that ‘a whole production process which is completely reliable’ could not be condemned.

During the press conference Puxeu explained that the origins of the produce which has sparked the health scare in Germany is still unknown although he said that so far the bacteria responsible for the contamination has only ever been identified in Southeast Asia and in Germany.

He pointed out that until now it has never been found in Spain. Puxeu recognised the level of concern that this infectious outbreak has caused in Germany where there have been a number of deaths linked to eating cucumbers from Spain. However he said that it was unacceptable that Spain was blamed for the contaminated produce without evidence to prove these claims. He said that the rumours surrounding the safety of Spanish agricultural produce had already caused a great deal of damage to the agricultural sector in Spain which accounts for more than 10,000 million euros in exports every year which is why the Spanish government has not ruled out claiming compensation for a ‘painful episode’ which has damaged Mediterranean production especially Spanish fruit and vegetable production.

Puxeu also said that he wanted European consumers to know that the Spanish agrarian sector had levels of control without comparison to the rest of the world and said that he believed that the levels of risk in relation to Spanish produce were zero. 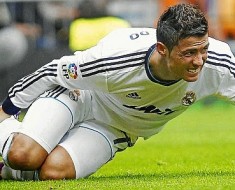