The forgery of corporate identities to obtain private information and banking details using fraudulent emails, known as phising is the most common internet fraud in Spain.

According to the Spanish Association of Internet Users the number of cases of phishing during the first 6 months of 2007 rose to 1964 which is more than the total for 2006 when it reached 1184. In fact fraudsters successfully passed themselves off as Spanish banks on 675 occasions, businesses or public organizations on 398 occasions and foreign banks on 627 occasions.

Furthermore fraudsters carried out 264 scams in which the internet user was falsely led to believe that an email was from an official source and was persuaded to give out their banking details. Often they are promised payment for transferring money from one account to another. Often, victims of internet fraud are discovered by their own banks and are usually completely unaware that they are collaborating in the laundering of stolen capital.

Víctor Domingo, the president of the Spanish Association of Internet Users, says that the key to internet fraud is spam and that if you give out information on your bank details in reply to a fraudulent email you are in serious trouble. According to this association for every 1000 fraudulent spam emails sent 15 people are deceived into giving out their banking details which results in internet fraudsters stealing between 60,000 to 100,000 euros from their bank accounts.

As Victor Domingo pointed out so far banks have covered the cost of internet fraud and refunded money stolen from their clients. However, he added that internet fraudsters are also interested in building up a database using information obtained illegally. 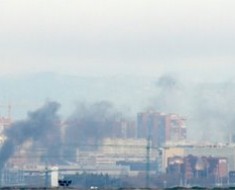