The Andalucian parliament has approved a law in favour of the right to a dignified death. However, it was not unanimously supported within the parliament and some members of the PP voted against the proposed law.

The law in favour of a dignified death is the first of its kind in Spain and gives patients rights under the current law to refuse determined medical treatment in any hospital whether it be public or private or even religious.

Under the new law situations such as the one which arose in 2007 with the patient Inmaculada Echeverría could be avoided, Echeverría had to be transferred from the religious hospital la Orden Hospitalaria San Juan Dios to the hospital San Rafael de Granada, once the disconnection of her life support machine had been authorised.

The regional government of Andalucia believes that the large majority of Andalucians support the right to a dignified death and the rights of a patient above the considerations of health professionals to make their own decisions. It also establishes the rights of patients to reject or stop any treatment or intervention although this could place their life in danger.
Nevertheless active euthanasia is not covered by this law because the regional government does not have legal jurisdiction in this area of the law.

The new law in Andalucia does however give prevalence to the rights of a patient who expresses their desire to limit measures to life support in certain situations.

The text of the law also forces health professionals attending patients in a terminal condition to respect the patients’ decisions and clearly states that the hospital where they are being treated cannot impose its professional, moral or religious opinions.

The text regulates the rights of patients to receive treatment for pain including palliative sedation when necessary and guarantees the rights of citizens to palliative care in their own homes if the patient so wishes as long as this is deemed possible. 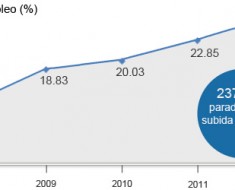