According to the eighth report on accidents on Europe’s roads carried out by EuroRAP 1,100 kilometres of Spanish roads are classified as dangerous with 102 kilometres classified as high risk.

However, information contained in the report which was published today by Spain’s Royal Automobile Club (RACE), shows that the dangers of driving on Spanish roads have been reduced by half over the last 10 years.

EuroRAP points out once again that the stretch of road on the N-340 between Nerja and Almuñécar, is the most dangerous road in Spain with almost half of the accidents which occur on this road involving motorcyclists. According to EuroRAP the number of accidents involving this group of road users has gone up from less than 8% in 2003 to 15% in 2010.

The report also points out that accidents on slip roads and head on collisions are the main causes of serious accidents causing death on the most dangerous stretches of roads in Spain.

Out of all the roads analyzed 7.1% were seen to present high risk or medium risk. Out a total of 1,104 kilometres 81 stretches of road were classified as particularly dangerous and 9of these are classified as black spots (102.1 kilometres) – on these stretches of road there are 6 mortal accidents every year and 30 accidents involving serious injury.

According to EuroRAP 76.3% of Spanish roads present low or medium risk to drivers.
The profile of a medium to high risk road is a single lane road with intersections at the same level and with medium levels of traffic on a daily basis (less than 10,000 cars per day – all black spots correspond to roads with between 2,000 and 10,000 cars per day).

According to the report by EuroRAP 2010 the number of accidents suffered by motorcyclists has continually increased over the last few years from 7.

8% in 2003 to 11.8% in 2006 to 13.2% in 2008 and finally to 15% in 2009.The report shows that 19% of accidents involving motorcyclists on Spanish roads are produced on 20 stretches of road. The report concludes that if infrastructure on these 20 stretches is improved then mortal or serious accidents could be significantly reduced. 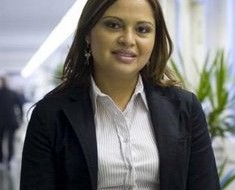