According to reports in the Spanish press, doubts over the validity of postal voting have been raised in Melilla. Following accusations made by members of the Melilla Coalition Party the Public Prosecutor’s office ordered the Civil Guard to investigate possible fraudulent practices related to local and regional elections to be held in Spain this weekend.

Yesterday the Civil Guard searched an education centre in Melilla and found food vouchers each with a value of 60 euros. According to the Melilla Coalition Party these vouchers have been given out to Muslim citizens in exchange for votes in favour of the PP. Furthermore, the food vouchers carried the signature of Hassan Driss the Regional Vice-Minister for Welfare and also the PP candidate for Melilla.

Around 90 documents were discovered including 25 named food vouchers, over 20 applications for postal votes and up to 23 voting cards with the same names as those which appeared on the food vouchers.

During their search of the premises the Civil Guard also discovered 8 envelopes which included all the documentation necessary for postal voting.

However, each of these envelopes were votes in favour of the PP 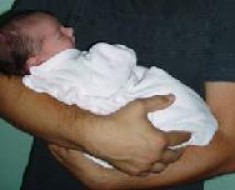