A report published this month by the Spanish Confederation of Housewives, Consumers and Users says that the average Spaniard spends the grand total of 832 euros on Christmas purchases. The report breaks this overall sum down into the following figures:

– 112 euros on the Christmas lottery.

Actually that adds up to 842, so they’ve either added the total up wrong or have added 10 euros to one of the groups. Whichever way round it is alot of money.

The Spanish wage system is organised so that most wage-earners receive 14 payments per year rather than 12. So twice a year (usually in July and December) they receive a double wage . This system was introduced under Franco, presumably to make Spaniards feel richer as they approached the two most expensive times of year (Summer holidays and Christmas).

Maybe a more practical system would be for the second “paga extra” to be paid in November rather than December, so that people can make their purchases before the horrific rise in prices which occurs just before Christmas.

According to the same report, the price of some products doubles in the days before Christmas. Examples given are king-sized prawns (traditionally served as a first course during the main Spanish Christmas meal on the evening Christmas Eve) and cava. The price of Lamb (another traditional Christmas dish in Spain) usually rises by 80-90 percent, fish by 50 per cent, and turkey by 45 percent.

Incidentally this year some shops have actually lowered the price of cava, because of the boycott against catalan cava which is being carried out by quite a large proportion of private sector companies and associations and some regional government institutions.

Last month Carod Rovira, leader of the Catalan seperatist party ERC which shares government with the Socialists in the Catalan regional government, encouraged fellow catalans to oppose Madrid’s bid to host the 2012 olympic games. After his declarations, an increasing number of companies and associatons (the Association of Hotels in Benidorm is a recent example) all over Spain said they would boycott Catalan cava in protest and buy French champagne, or Asturian cider instead.

Carod Rovira was forced to apologise last week when another catalan regional party, CiU, claimed the boycott had led to cancellations of orders totalling 80.000 bottles. Carod Rovira said that his words had been taken out of all context and he did support Madrid’s candidature after all.

But his apology may have come too late for many Catalan producers of cava who, according to the financial newspaper Cincodias, usually sell 58 percent of their yearly production over the Christmas period. The newspaper says that the smaller cava producers are already feeling the effects of the boycott, although the real damage done to overall sales will not be known until the end of January.

Back to Christmas spending, the Spanish consumer’s association advises consumers to buy early (a bit late now), and to buy fresh products days before Christmas and then freeze them, rather than waiting until the last minute. It also encourages shoppers to shop around and use markets, local shops, department stores and supermarkets according to what they want to buy, rather than buying everything at a hypermarket.

A last-minute piece of advice from us is to buy Catalan cava now that the price has gone down, and not just because it’s quite a novelty to get a bargain at Christmas either. Catalan cava is much cheaper than French champagne, and infinitely nicer than Sidra (cider), especially if you prefer Brut to sweet fizzy wine. And it isn’t the fault of the small producers of Catalan cava that Carod Rovira has an unfortunate habit of saying or doing the wrong thing at the wrong time anyway. 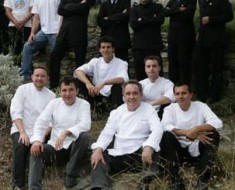