The Socialist government in Spain and the Catholic Church have signed an agreement centering around the traditional system of state funding of Church activities. Up until now, the Spanish Catholic Church has had two main sources of public finance: firstly an annual allowance given to the Church by the Government, and secondly voluntary donations paid by Spaniards in their yearly tax declarations and then passed on to the Church by the Tax Office.

However according to an announcement made today by Spain’s Vice President, the State will no longer have to pay an annual allowance to the Church. To compensate, the voluntary donation of taxable earnings has gone up from 0.52 percent to 0.7. This means that tax payers can pay 0.7 percent of their income tax to the Church rather than to the Tax Office. Church representatives present in the negotiations with the Government had asked for 0.

Another change in the previously privileged position of the Catholic Church is that from now on it will have to pay VAT on the purchase of all goods and properties. It will also have to present to the Government each year a financial report detailing how the money received from the Tax Office has been spent.

The Government claims the new agreement will make the system more transparent and, according to its Vice-president, hopes that it represents the first step towards its ultimate objective: a Spanish Catholic Church capable of financing its own activities without relying on state funds. The system comes into effect at the beginning of next year. 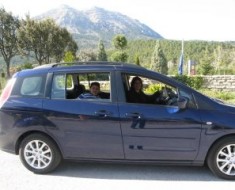