Yesterday the Catalan parliament voted in favour of banning bullfighting. The ban will come into effect on 1st January 2012. The votes were 68 in favour, 55 against and 9 abstentions.

There is a lot of controversy surrounding the ban because bullfighting is regarded as one of Spain’s cultural emblems. Catalonia is the second Spanish region to ban bullfighting following the Canary Islands which banned it in 1991.

The final vote to ban bullfighting has brought to a close a process which began in November 2008 and which has generated a lot of media attention as well as creating social and political debate. It has also been watched closely by bullfighting countries such as Ecuador, Colombia, France, Mexico, Peru, Portugal and Venezuela.

The initiative to ban bullfighting was proposed by an animal rights organization called Prou! (¡Basta!) and supported by the ILP party in the Catalan parliament.

The vote divided the Catalan regional government with the president, José Montilla, voting against the ban while the leaders of CiU – Artur Mas-, ERC -Joan Puigcercós- and ICV-EUiA -Joan Saura- all voted in favour of the ban.

The ban on bullfighting from 1st January 2012 will affect Barcelona’s one and only bullring – la plaza de Toros Monumental de Barcelona. However Catalonia is also famous for using bulls in popular fiestas (known as correbous) and the ban on bullfighting will not affect any of these activities using bulls for entertainment something which has been labelled hypocritical by animal rights groups.

The vote in favour of banning bullfighting in Catalonia, one of Spain’s most autonomous regions, has opened up an uncertain future for this so called sport in a country where bullfighting is considered to be part of the national heritage. 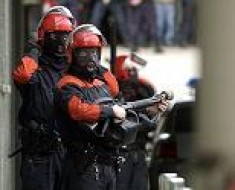