According to the results of a study carried out by the University of the Basque Country and made public to the media in Spain today, 64 percent of Basque people fear that ETA may kill again and 33 percent no longer believe that the ceasefire called by the terrorist group in March is the first step towards ETA eventually disappearing altogether.

An increase in violent acts being carried out by groups of youngsters in several Basque towns and declarations by members of the political wing of ETA blaming the Spanish government for the lack of progress being made in the peace process are behind the most pessimist study to have been carried out since ETA announced the permanent ceasefire last Spring.

The Basque University measures public opinion with this study – called – twice a year. The results made public today contrast with the results just six months ago, when 86 percent of people said they viewed the peace process with optimism (compared to 62 percent this time), and 61 percent expressed their outright rejection of ETA then, compared to just 50 percent this time.

Update: On Saturday 30th December ETA planted a bomb in one of the carparks in Madrid Airport.

Police managed to evacuate 2000 people before the bomb exploded, but two people are missing and feared dead. The bomb was one of the biggest ever used by the Basque terrorist group and signals the end of the ceasefire and, presumably, the peace process. 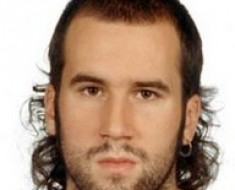