The president of the Professional Football League (LFP), Javier Thebes, said that Barcelona and Espanyol “would not play if the league becomes independent Catalunya”, appealing to the Sports Act and noting that currently only can play Andorra Spanish as official competitions “State not Spanish.”
“Barcelona and Espanyol would not play the Spanish League if Catalonia becomes independent and would not do for the following reasons:. Collects the Sports Act in an additional provision that there is only one state that can not play Spanish League and Spanish official competitions and Andorra “said Javier Thebes in the program ‘Al Primer Toque’ Onda Cero. In this sense, the LFP president confessed that for the Catalan club and play together parakeet Spanish La Liga is necessary to “modify”.
“For this modification it would be a change in parliament and would have to see if the affected industry would agree or not,” he said.

On the other hand, on the descent of the Real Murcia to Second Division B, Thebes said that there is nothing to do to appeal this decision took place at the beginning of the season.
“In the case of Murcia, is relegated to 2ªB and Sport Court has ratified. Hobby Anger course, I understand that being a disciplinary issue even more anger,” he said.
Finally, the LFP president addressed the issue of Getafe player Pedro Leon, who can not play with your computer because it exceeds the salary cap. “I do not know when it will be the resolution of the CSD, but I know it is not an emergency procedure because it was not requested by either the player or by the union. But if there is a speedy resolution, because there will be,” he said. 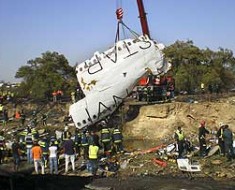