The demonstration organised for this Saturday in Madrid to protest against ETA terrorism will keep its slogan ‘For peace and against terrorism’.

The Trade Unions UGT and CC OO (two of the largest in the country) along with the Federation of Equatorians in Spain (the two people killed by the terrorist bomb in Madrid Airport were immigrants from Ecuador) have decided not to include the word ‘Freedom’ in the banner which will be carried at the head of the march, as had been requested by the Ermua Forum. However, by way of a compromise, the main organisers of the march have agreed to include the slogan ‘for life and for freedom’ in the final speech which will be given at the end of the demonstration.

The Spanish governing socialist party PSOE, the left wing IU political party, the United Police Syndicate together with the Association for the 11th March Victims have all given their support to the organisers of Saturday’s march, whereas Mariano Rajoy, leader of the PP, prefered yesterday to outline three conditions which he said must be fulfilled in order for his party to support the demonstration – for it to call for the “defence of freedom”, the defeat of ETA and for there to be no negotiations with terrorists.

The pro-PP Association for the Victims of Terrorism has confirmed that it will not be supporting or participating in this Saturday’s demonstration which they claim to be politically biased and in favour of negotiating with terrorists. Instead the leader of this Association has called for people to demonstrate against the bomb explosion in Madrid airport tomorrow.

There is also divided opinion over the demonstration due to take place this Saturday in Bilbao organised by the Basque Government in favour of “peace and dialogue”. The Basque Socialists will only support the demonstration if Batasuna is not participating in the march.

Patxi López, the General Secretary, explained that they would not participate alongside Batasuna who have still not condemned the bomb planted by ETA in Madrid two weeks ago. 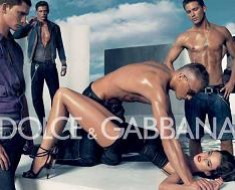